Train with this thought continually before your eyes—that the soul of your child is the first thing to be considered.

Precious, no doubt, are these little ones in your eyes; but if you truly love them, then often think about their souls. Nothing should concern you as greatly as their eternal destiny. No part of them should be so dear to you as that part which will never die. The world, with all its glory, will pass away; "The heavens will disappear with a roar; the elements will be destroyed by fire, and the earth and everything in it will be laid bare." But the spirit which dwells in those little creatures, whom you love so well, will outlive them all, and whether they spend eternity in happiness or misery will depend a lot on you (speaking from man’s perspective).

This is the thought that should be uppermost on your mind in all that you do for your children. In every step you take about them, in every plan, and scheme, and arrangement that concerns them, do not leave out that mighty question, "How will this affect their souls?"

To love the soul is to really love. To pet and pamper and indulge your child, as if this world was all he had to look forward to, and this life the only period of happiness—to do this is not true love, but cruelty. It is treating him like some beast of the earth, which has only one world to look to, and nothing after death. It is hiding from him that grand truth, which he ought to be made to learn from his very infancy—that the number one goal of his life is the salvation of his soul.

A true Christian must not be a slave to what’s currently "in-fashion," if he wants to train his child for heaven. He must not be content to teach them and instruct them in certain ways, merely because it is customary, or to allow them to read books of a questionable sort, merely because everybody else reads them, or to let them form bad habits, merely because they are the habits of the day. He must train with an eye to his children's souls. He must not be ashamed to hear his training called odd and strange. What if it is? The time is short—the customs of this world are passing away. He that has trained his children for heaven, rather than for the earth—for God, rather than for man—he is the parent that will be called wise in the end.

The book "The Duties of Parents" can be found here: J.C. Ryle 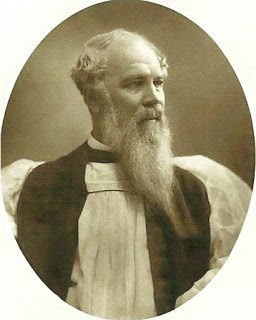